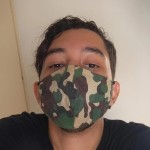 If you’re looking for an app for your TV remote on Android, you can check out some of the apps we recommend below.

Coming in first, Google Home is an app that also includes an official TV remote feature, developed by Google Inc. This app doesn’t use an IR blaster to control the channels on the TV, but rather with a special device also called a Chromecast.

This app allows you to stream Hulu, Youtube, and Netflix to your television. Google Home also allows you to adjust the volume as well as play and pause television broadcasts.

Interestingly, this application is not only compatible on Android devices, but can also be used on iPhone and iPad. With Google Home, you can also search for movies, actors, and TV shows that you like. Because Google Home is an official application, it has been downloaded 50 million times.

Android TV Remote Control is also one of the apps created by Google LLC. As the name implies, this application is specifically for controlling TV via your Android phone. Well, how to use it is very easy, you only need to connect this application to your smart TV.

Although this application does not have the feature of searching for TV channels through voice, Remote Control For All TV & Smart TV is also worth trying as TV remote. The reason is, that this application is even simpler because you can control it like a regular TV remote. In this application there are features to adjust the volume, change the TV channel, on/off button, and much more.

Oh yes,  if you use the Remote Control For All TV & Smart TV application, make sure that you have a  smart TV  with Samsung, TOSHIBA, FUJITSU, LG, Hair, Panasonic, PHILIPS, SHARP, and SONY brands, yes. If the TV brand you have is not on the list or you cannot use this application, you can request an update from the application developer.

Unfortunately, this application is not compatible with all brands and television series sold in the market. So you should try this app first. However, if these apps work well, Universal TV Remote Control can be an easy-to-use replacement for TV remotes.

Some smart TV brands that are definitely compatible with this application are Samsung, LG, Sony, Panasonic, Sharp, Haier, Videocon, Micromax, Onida, and others. Oh yes,  this application is not just for TV remotes, because this application can also be used as a DVD remote, projector, even camera.

As the name suggests, this Smart IR Remote can indeed be said to be a ‘smart’ remote. Not only can it be used to change television channels , this application is also capable of sending infrared signals to Set Top Boxes, DVD Players, BlueRays, and AC. In other words, this application is able to manage various electronic devices simultaneously.

Twine is a  developer who develops applications for Android TV remotes with a simple interface. Like other similar apps, Universal TV Remote can be downloaded on a number of Android devices. However, this application has almost the same problem as some other remote applications, namely that it is a little difficult to adjust the television volume.

If you’re traveling and staying at a hotel but don’t find the TV remote there, Universal TV Remote can be a very helpful solution to switch  TV channels easily without the need to press a button on the television set.

Psychology student and technology enthusiast, I have some websites in this niche and I always try to bring the most useful and reliable information possible

How Can We Avoid Being Hacked? How is Internet Security ensured?

Which Databases Should We Use in the Cloud? | Here Are Database Models On The Cloud

What Are The Technologies That Make Our Lives Easier? The Impact of Technology on Life

jul 28, 2022 Lucas Cleto
We use cookies on our website to give you the most relevant experience by remembering your preferences and repeat visits. By clicking “Accept”, you consent to the use of ALL the cookies.
Do not sell my personal information.
Cookie SettingsAccept
Manage consent

This website uses cookies to improve your experience while you navigate through the website. Out of these, the cookies that are categorized as necessary are stored on your browser as they are essential for the working of basic functionalities of the website. We also use third-party cookies that help us analyze and understand how you use this website. These cookies will be stored in your browser only with your consent. You also have the option to opt-out of these cookies. But opting out of some of these cookies may affect your browsing experience.
Necessary Sempre ativado
Necessary cookies are absolutely essential for the website to function properly. These cookies ensure basic functionalities and security features of the website, anonymously.
Functional
Functional cookies help to perform certain functionalities like sharing the content of the website on social media platforms, collect feedbacks, and other third-party features.
Performance
Performance cookies are used to understand and analyze the key performance indexes of the website which helps in delivering a better user experience for the visitors.
Analytics
Analytical cookies are used to understand how visitors interact with the website. These cookies help provide information on metrics the number of visitors, bounce rate, traffic source, etc.
Advertisement
Advertisement cookies are used to provide visitors with relevant ads and marketing campaigns. These cookies track visitors across websites and collect information to provide customized ads.
Others
Other uncategorized cookies are those that are being analyzed and have not been classified into a category as yet.
SALVAR E ACEITAR